On 15 May, Ambassador Kocsis was present at the Stolpersteine laying ceremony in Dordrecht, in remembrance of Árpád Weisz and his family.

Weisz was born in Hungary in 1896. Following a successful football career as a player in Hungary, he became the youngest coach ever to gain a Serie-A title in Italy. He continued on to coach teams to two additional Serie-A titles before moving to the Netherlands where he coached the local Dordrecht football team.

His life as well as the lives of this wife and two children were taken in Nazi concentration camps due to their Jewish heritage. Though Weisz’ life was taken in 1944, his legacy continues to be remembered, especially within Italy and in Dordrecht.

In his speech at the ceremony, Ambassador Kocsis stated, “The horrors of the Nazi occupation caught up with him and his family. And while we can do nothing but mourn at the death sowed in World War II, I find hope in knowing that the city of Dordrecht is today placing its 100th Stolpersteine, and that nearly 70,000 cover the streets of Europe. With every Stolpersteine we place, we fulfil our obligation to remember and to never forget.” 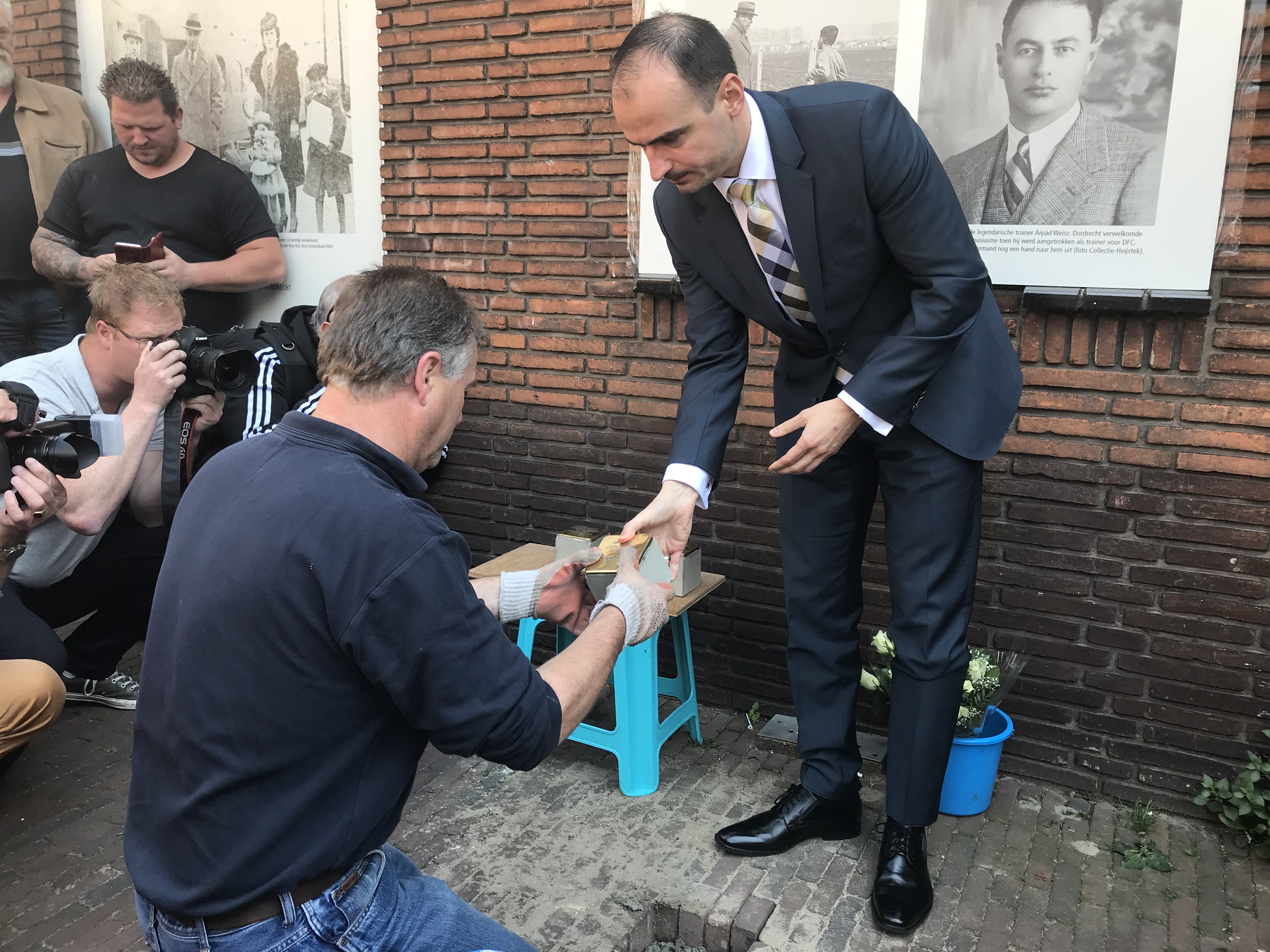 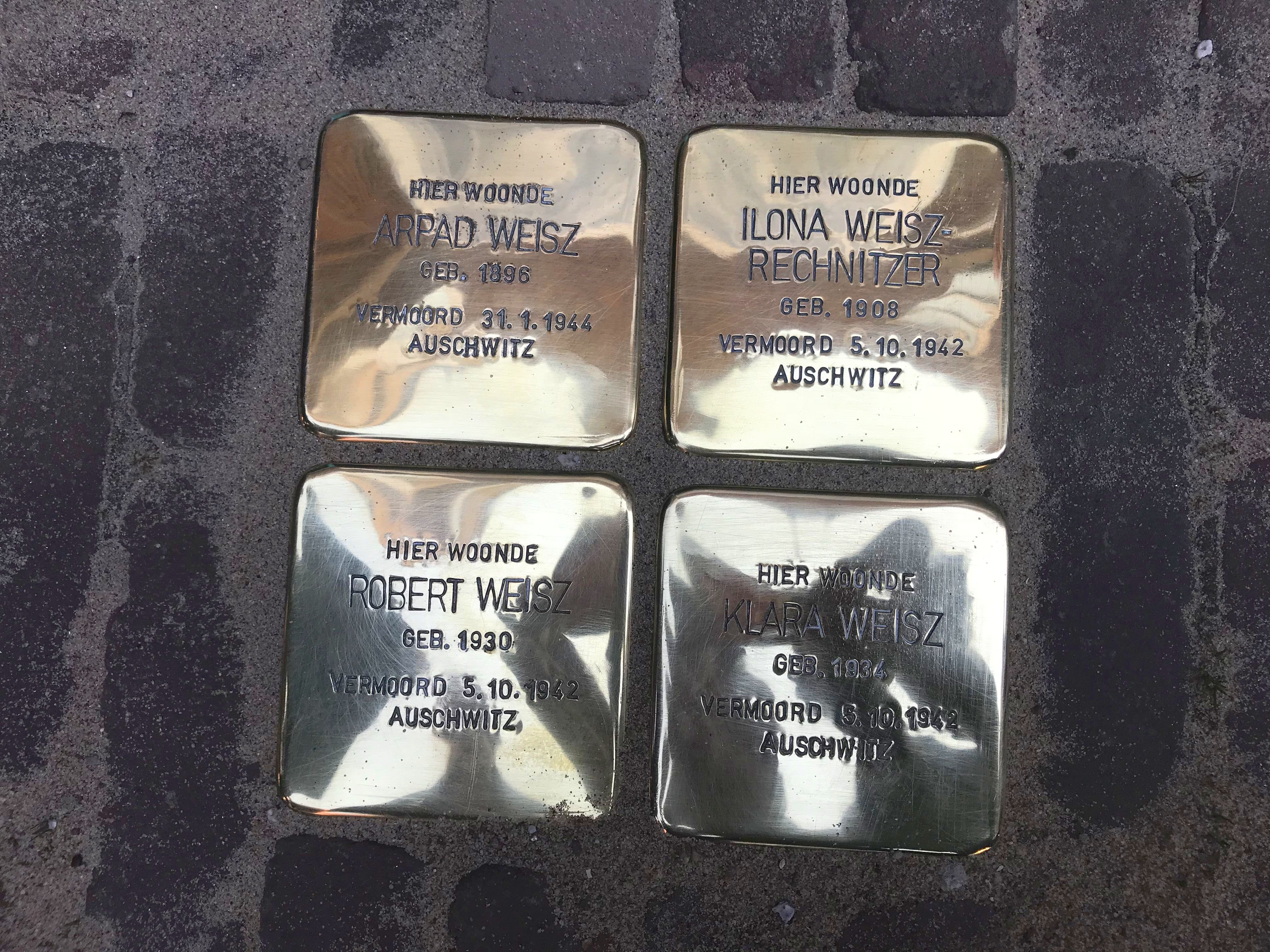 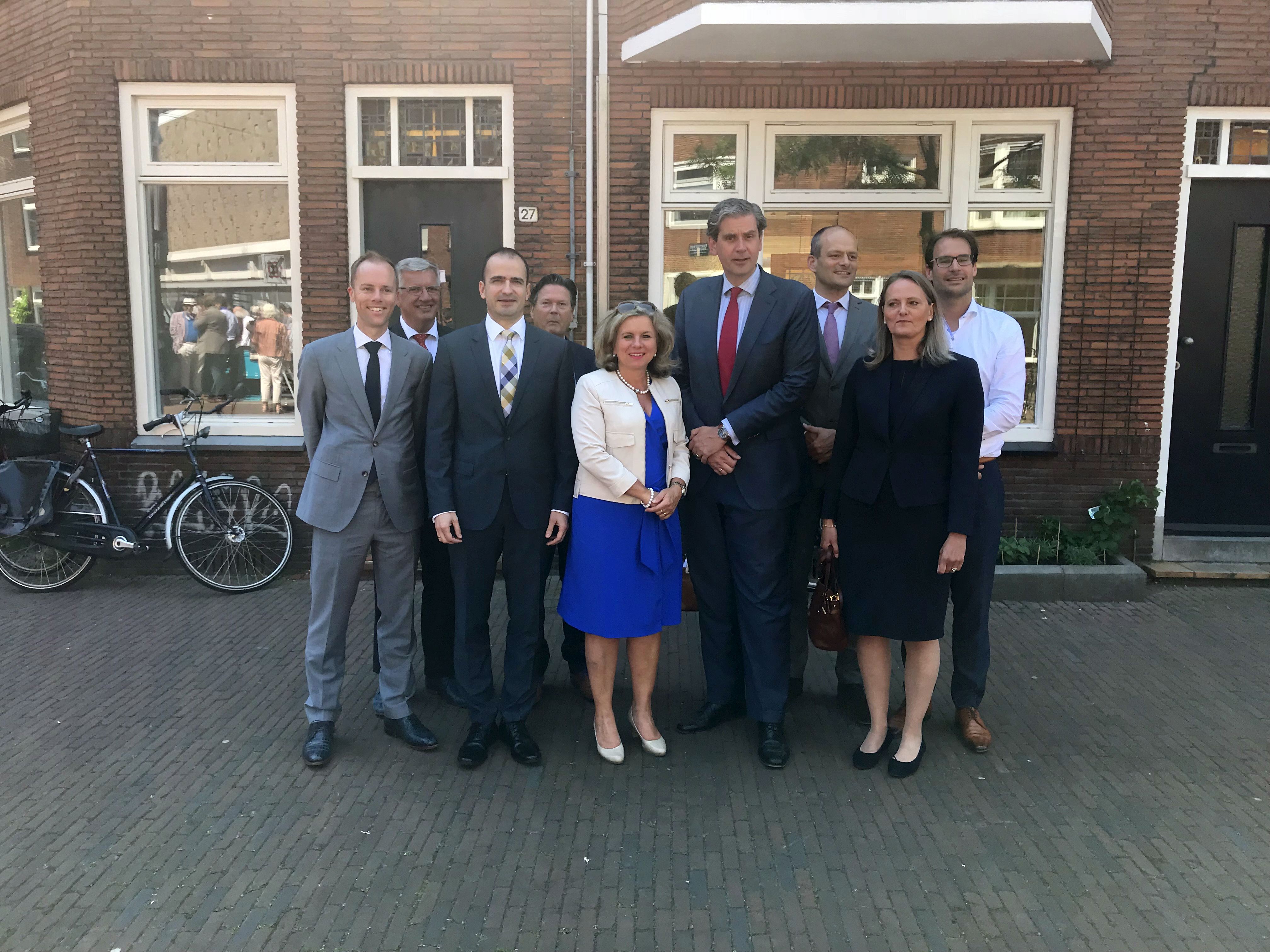 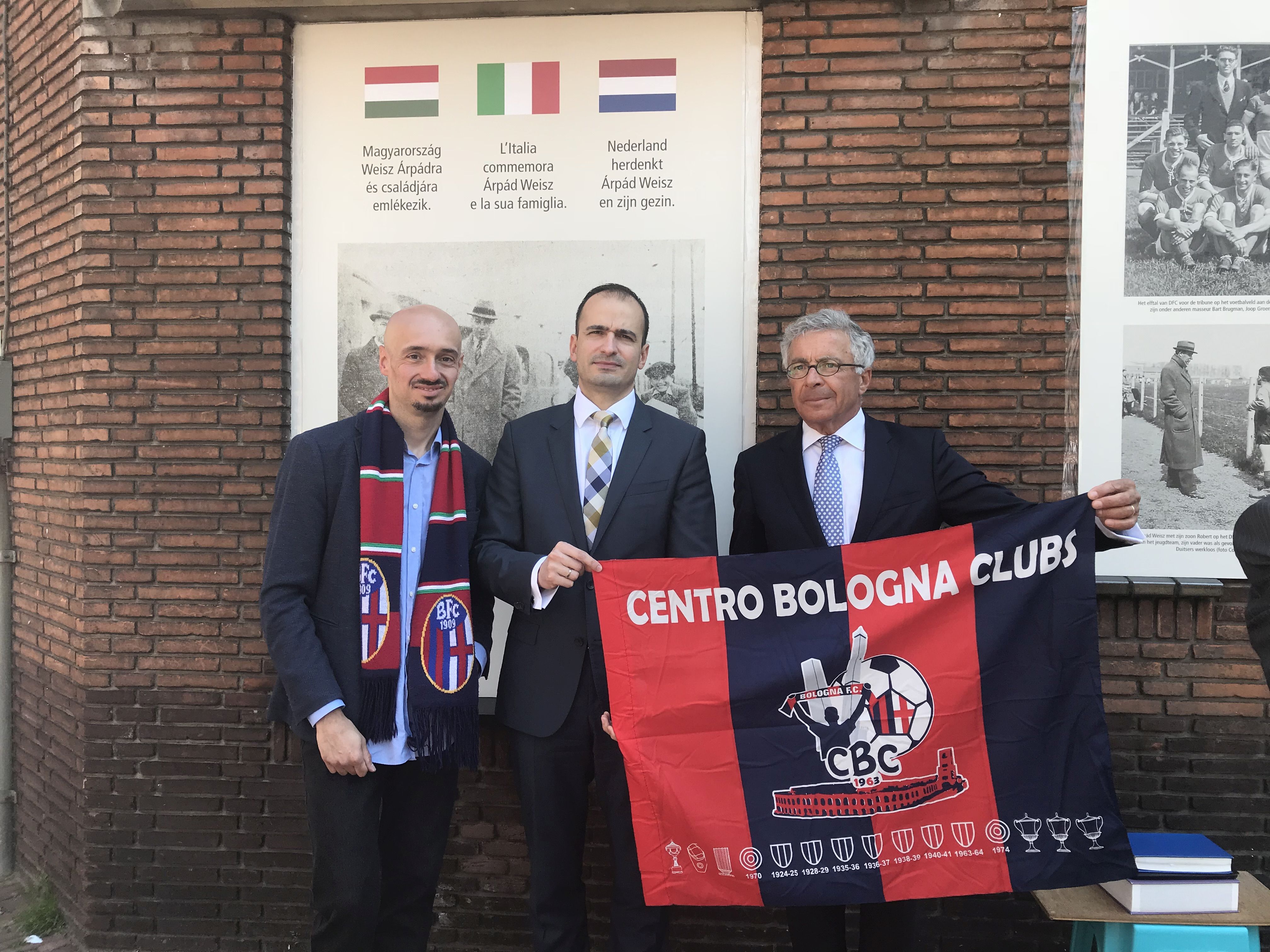