On September 10, 2020, Ambassador András Kocsis handed over the Knight's Cross of the Hungarian Order of Merit to Mr Gyula Véber, Professor Emeritus of the University of Utrecht.
The decoration was awarded on the occasion of the national day of Hungary, 15 March, in recognition of his efforts during the 1956 Revolution, and of his exemplary life in which, after his emigration to the Netherlands, social and charitable activities aimed at promoting Hungarian-Dutch scientific and cultural relations played an important role.
We whole-heartedly congratulate him! 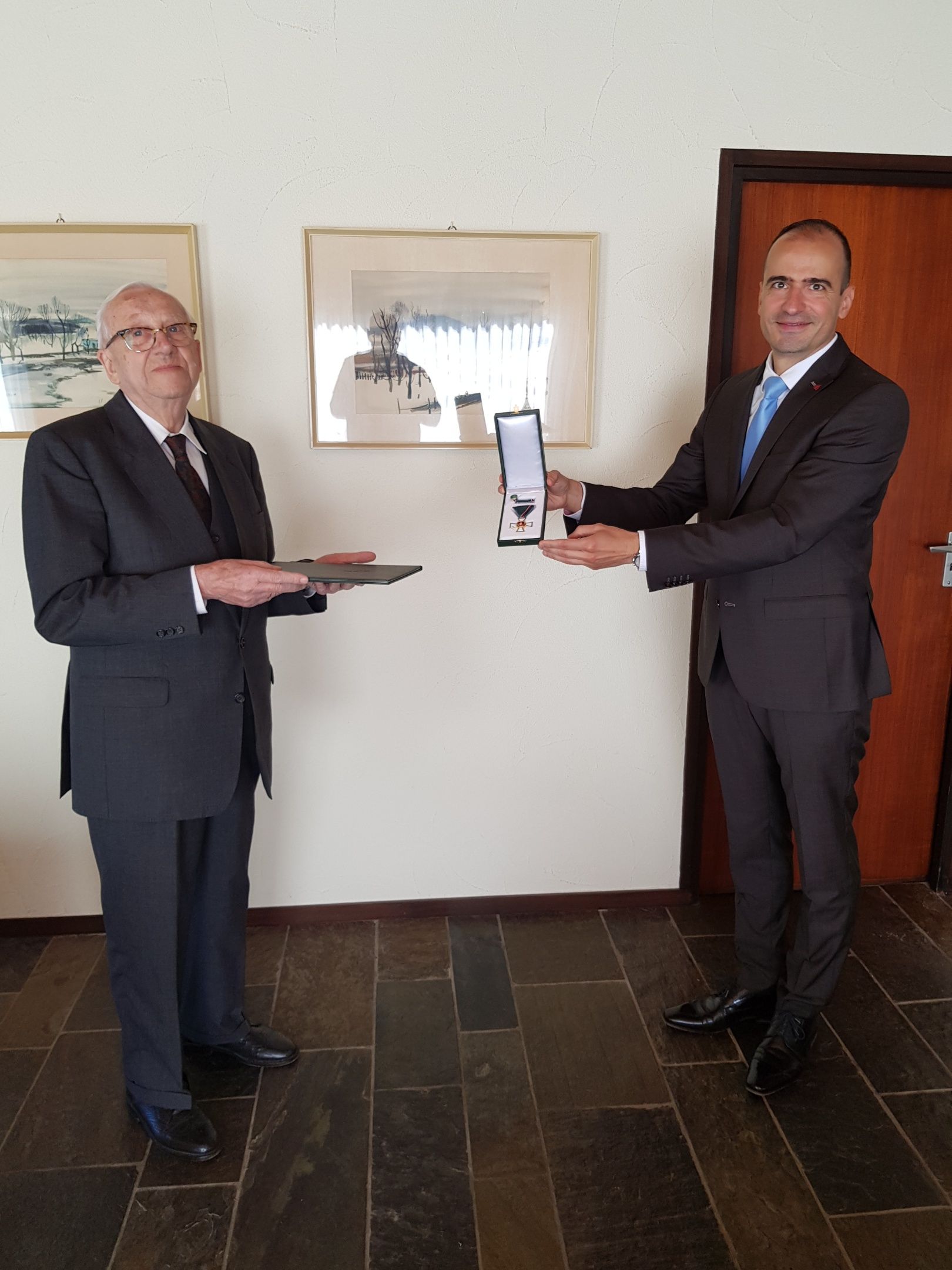